It was Bill Bernbach himself – the B in DDB – who changed the landscape of global advertising forever, when he launched the first of many famous campaigns for Volkswagen, "Think Small". The vision he had then is still relevant today and it has fuelled the work that DDB Brussels has done for Volkswagen over the last 40 years. DDB’s first advertising for VW was in 1972, when ads appeared in newspapers and magazines.

As Peter Aerts, creative director of DDB Brussels comments: "Both the ads. 'Think Small' and 'Lemon' are considered icons of advertising history and can still be said to be revolutionary. Both the form and the concept were simple and fresh, and it’s one that many advertising executives today dream of creating. It’s not for nothing that Bill Bernbach was considered the first “Mad Man”. The ideas established for VW then still apply at DDB today: humour and relevance, and the human side are part of what makes the Volkswagen communication distinctive and appreciated.”

Over 40 years, an impressive number of campaigns have emerged:

The short film attached shows in a fun way, a series of advertising “case stories” - each one more and more spectacular! It’s a good illustration of the many different campaigns produced over the years.

Both DDB Brussels and Volkswagen are proud of this collaboration. Volkswagen has always been the brand of the people thanks to its legendary models like the Beetle and the Golf. The advertising for too is almost as legendary and is certainly engraved in the collective memory of every Belgian, as almost everyone has grown up with and remembers at least one of these campaigns. You can see the best of these campaigns from the last 40 years on www.ddb-vw.be. There’s also an online community for everyone who has ever worked on a Volkswagen campaign.

Yves Bogaerts, CEO DDB Brussels: "A long-term collaboration based on mutual trust and respect is the only way to build a strong brand. We delight in working as a team and every day we aim to generate fresh and emotionally charged campaigns for the brand that both get talked about and generate sales. Our aim is to convey the values of the brand and so ensure that Volkswagen is still the reference on the Belgian market.”

This 40-year old collaboration continues to bear fruit as one of the more recent campaigns entitled "Be part of the Golf Story" has won numerous awards at national and international festivals including 6 Eurobest and 2 SpinAwards. And the good news doesn’t stop there, as Volkswagen has again become the best selling car brand in Belgium. Good news for DDB Brussels too as the car brand has entrusted its entire “online community management” budget to the agency.

Discover the most famous Volkswagen campaigns from the last 40 years: visit http://www.ddb-vw.be 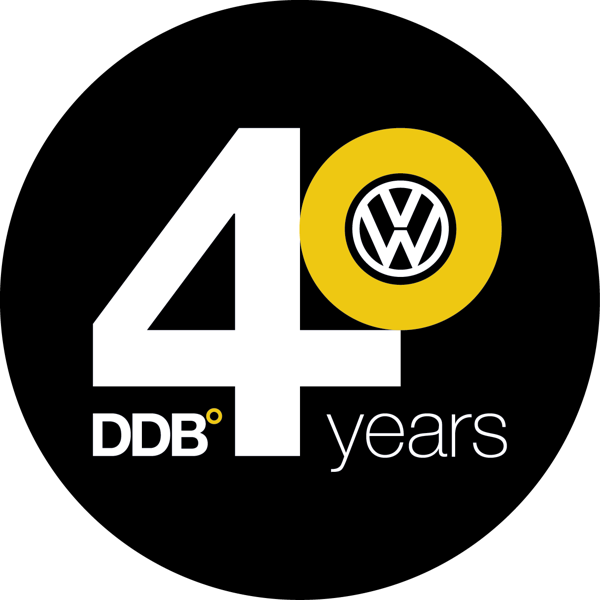