The Brussels communications agency DDB was awarded the title of ‘Agency of the Year’ for the second year in a row at the annual Creative Belgium Awards in Knokke. The teams, under the direction of Peter Ampe (ex-Duval Guillaume and Happiness) and Odin Saillé (ex-Boondoggle), won 18 awards altogether: four gold, six silver and eight bronze. This gave the agency a total of 25 points, well ahead of second-placed FCB Happiness and third FamousGrey.

The CCB Awards are the main showcase for Belgian creativity for 34 years already, and the event is where the advertising world comes together to celebrate the most creative campaigns of the year. Every year, dozens of advertising agencies from all over the country compete to receive as many ‘hats’ as they can in different categories, and be crowned Agency of the Year. This year the honour went to DDB Brussels for a second year in a row, a remarkable achievement (again) for the agency under the leadership of CEO Yves Bogaerts.

The B in DDB is named after Bill Bernbach, an iconic and pioneering figure in creative advertising from the 1950s through to 1982. After this performance, it is clear that creativity is still a big part of the DNA of the network today. 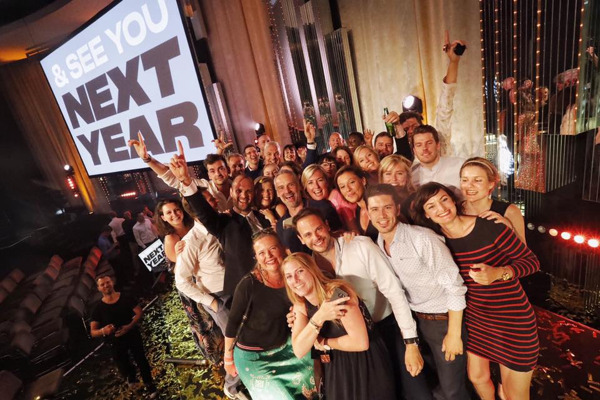