Skip to Content
Wednesday, April 19, 2017 — The Flemish Alzheimer’s League breaks the taboo about early-onset dementia in a captivating new radio documentary. Six people with dementia immortalized their finest memories in the documentary. “The disease is a great burden at an early age,” says the League. “People with early-onset dementia understand what awaits them. That’s why we gave them this opportunity to record messages for later, while they still can.” The campaign is linked to a website, ikbenernog.be (I’m still here), on which anyone can leave a memory for their loved ones.”

Early-onset dementia affects around 6.000 people in Flanders. “In young active people, the first symptoms don’t immediately make you think of dementia,” explains Hilde Lamers of Alzheimer Liga Vlaanderen. “Quite often there is an incorrect diagnosis, such as stress, burnout or even depression. This happens because there is still a taboo about early-onset dementia. The disease is still far too often associated with older people. And that makes it difficult to explain to an active person of 55 with dementia that they’ll have trouble remembering and speaking, or that they’ll suffer from mood swings. Feelings of helplessness and frustration are also stronger because they are far more aware of how their faculties are deteriorating. They also still have a long future. They have the right to be part of our society. They at least deserve a full role in the community.”

Misunderstood
According to Hilde Lamers, making this a subject for discussion is an important first step. “We often hear that people with early-onset dementia and their families are misunderstood. They’re told things like, ‘You’re exaggerating…’, ‘There’s nothing wrong with you…’ or ‘Everyone forgets things now and then…’. Statements like these are all the more painful. These make the environment even more difficult because they’re fighting on two fronts: against early-onset dementia and against prejudice.” And this is what the League wants to combat. “On the one hand, we want to create a more subtle image of dementia and, on the other hand, give people an insight into what a courageous battle people with early-onset dementia are fighting every day.”

Ikbenernog (I’m still here)
That’s why Alzheimer Liga Vlaanderen is launching the ‘ikbenernog’ campaign today, which allows people with early-onset dementia to speak for themselves. “‘Ikbenernog’ consists of two parts, a radio documentary and a website,” explains Hilde Lamers. “We’ve developed a new platform in collaboration with the Expertisecentrum Dementie Paradox (the Paradox Dementia Expertise Centre), on which people with dementia can leave their memories for later. So they can send little messages for their loved ones to listen to at a later date. It’s one way to deal with early-onset dementia. But also a way to send a strong message: we know how things stand, but that doesn’t mean we’re going to give up.”

The website is accessible to everyone. Anyone who wants to immortalise a message can do so via ikbenernog.be. It’s very simple, just enter your e-mail address, leave a message and decide when the message should be delivered. A message can be delivered up to ten years later. There’s more information about this initiative at www.ikbenernog.be. 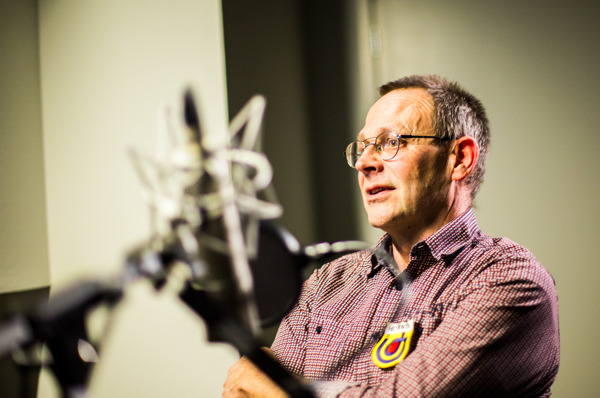