Skip to Content
Thursday, August 25, 2016 — IKEA Belgium launched its new catalogue today, and it did so with a surprisingly​ tongue-in-cheek ad, reminding us just how funny a bruised ego can be. A 2-minute commercial takes us behind the scenes of the 2017 IKEA catalogue photoshoot, and into the minds of the models featured in the iconic catalogue.

The IKEA catalogue is one of the most read books in the world. So it makes sense for the models to consider this their breakthrough moment. Their door opener to stardom. We listen in as they dream out loud of becoming household names in TV, modelling, acting, and mentally preparing themselves for a life in the spotlights.

But if you’ve ever opened one, you’ll know: IKEA catalogues are all about furniture. And the models are only there to make the furniture look good, not the other way around. In fact, the people are not in there at all. They get blurred out, cropped off, or shot with their backs pointing towards the camera.

Yes, in theory, they will be seen by more than 200 million people, but in reality they’ll be noticed by zero.

After all, the real stars of the IKEA catalogue are Swedish, and they have names like Billy, Pax, and Malm.

Campaign: Meet the stars of the new IKEA Catalogue 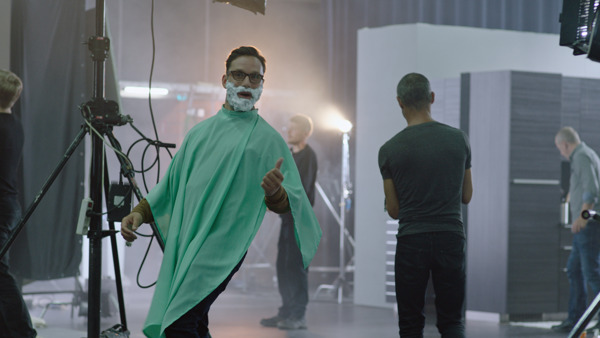