Skip to Content
Tuesday, June 6, 2017 — Every year Studio Brussels, a Belgian radio station that mainly plays an alternative selection of music, organises a search for young and emerging new artists. ‘The New Talents’ (De Nieuwe Lichting, in Dutch), as the show is called are voted for after a live show hosted in the famous Ancienne Belgique concert hall in Brussels. DDB Brussels imagined a way of giving the event a bit of a head start. How? By organising real pre-roll showcases as openers to the world’s biggest stars.

Those interested in ‘The New Talents 2017' show can also look on YouTube. To give the latest winners an extra boost, DDB Brussels placed the young artists in pre-roll showcases ahead of the world’s most famous artists’. Three 30-second spots were used, thereby serving as the ideal warm-up acts to the most popular music videos on the internet. In a way DDB Brussels and Studio Brussels are literally placing ‘The New Lights’ as the opening act to the greatest stars and most famous artists in the world. The pre-roll showcases targeted live performance videos to give viewers the feeling of being at a real concert. Something that will become reality for the “The New Lights” soon, as this summer the winners will be opening for world-class stars at Pukkelpop, a major festival in Belgium. 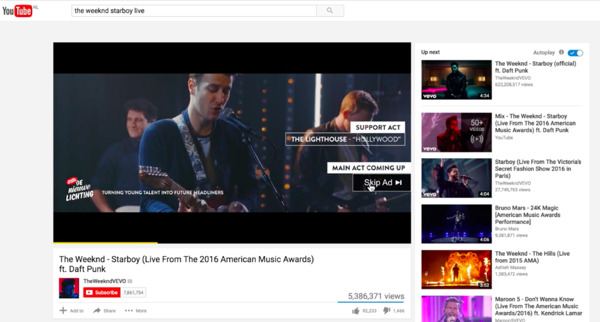